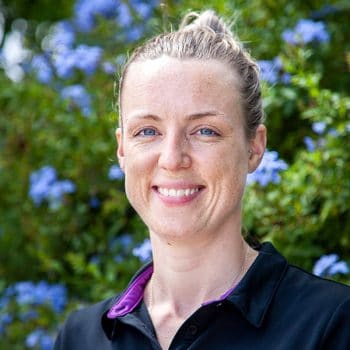 Elizabeth, originally from Yorkshire; first graduated as a sports rehabilitator in Hull in 2007; and completed her post graduate diploma in physiotherapy in Huddersfield in 2012. Elizabeth has gained experience in the NHS Hospitals in the UK whilst also working in a private practice and match days for a rugby league team.

Elizabeth first encountered Australia in 2009; when she toured with the RAF rugby league team, she later had the opportunity to support the Australian Kangaroos, with massage, during the 2013 World Cup. She enjoyed both experiences so much, she decided to move to Australia in 2014.

Elizabeth has worked in Sydney in a massage clinic as assistant manager and as masseuse; including support to the Sydney Roosters, now since re-located to the Hunter Valley. She is looking forward to sharing her skills in sports and remedial massage, as well as her physio skills in musculoskeletal injuries and dysfunction. She has a passion for helping people reach their health goals, supporting and collaborating, to develop an individualised and holistic treatment plan.

Book Online with Elizabeth below: