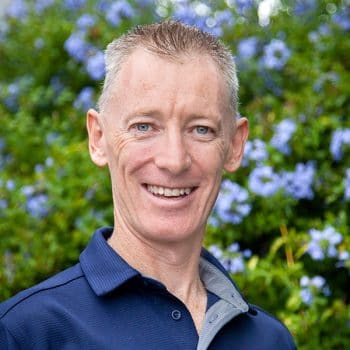 Guy is our principal APA Sports and Musculoskeletal Physiotherapist and a NSWIS Accredited Provider. He holds a diploma in Practice Management (UNE) and a Level 4 Clinical Pilates Certificate.

He graduated from Sydney University in 1996 and completed a Masters of Musculoskeletal and Sports Physiotherapy at Griffith University in 2009. For his studies, he won the University Prize for Academic Achievement.

Guy worked in the public health sector in the Nepean and Central West of NSW for several years. During this time, he collaborated with various rugby league and union teams, including NSW Country Rugby Union, and was a board member of the Central West Academy of Sport.

He has extensive sports team physio experience and is a Credentialed McKenzie Therapist.

After returning to Sydney, Guy joined a large practice in the Sutherland Shire as a principal, working as a physiotherapist for the Sydney Olympic Games in 2000.

Book Online with Guy below: